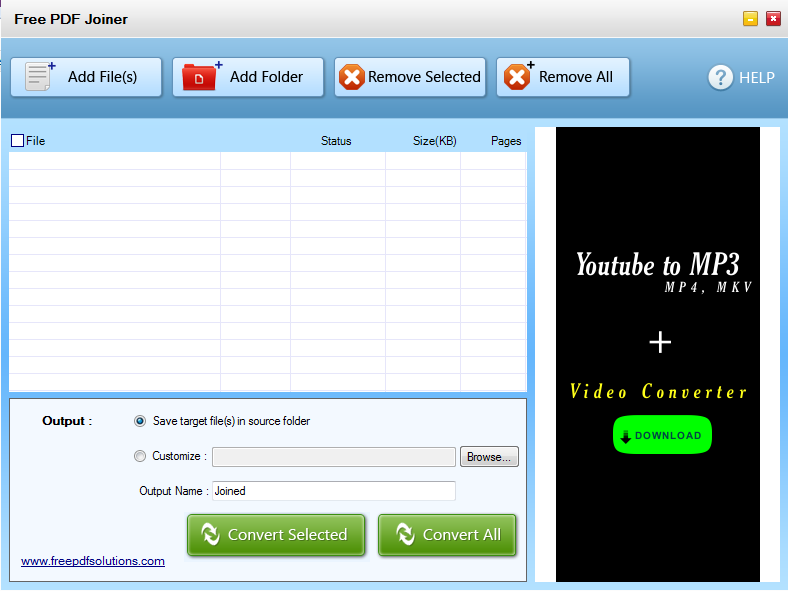 As the name suggests, the Free PDF Joiner allows users to join two such documents and form a single file. It is a simple tool that is effective and can be used by anyone who has such requirements. The fact that takes just a few minutes and some clicks to get the job done is yet another advantage. It is a light weight tool that requires very less disk space. The absence of any malware or adware during the download makes it absolutely safe to be used. The software is quite flexible as it can be installed onto any device that runs on Windows OS. The user interface of the Free PDF Joiner is simple. Even a novice user can comprehend it in the first instance. Once the tool is initiated, the two files which need joining have to be identified. This can be done by browsing for the m from the folders. Should users wish to encrypt the resultant file by adding a password, they can do so at this point in time. The next step is to name the joined file and select the output destination. There are quite a few options when it comes to merging the files. One of the files can be attached to the other as an addition. The files can be joined in such a way that the pages from both of them appear one after the other. With the Free PDF Joiner, users can even join a fi le at the middle of the other one. There are many other settings which are available and the best one can be chosen according to the users’ requirements. The quality of the output is not lost during the process and this is another beneficial feature. It is indeed a commendable tool for everyone